How is homeopathy different from modern medicine?

In the modern medical system, a disease is considered as something which exists only locally in a particular organ or tissue. For example, arthritis is understood as a joint disease and angina as a heart disease, etc. For each problem, one or more drugs are prescribed resulting in multiple drug therapy and often even multiple doctors for patients with more than one complaint. A homeopath, on the other hand, understands disease to be a single process resulting from an energetic life force (present everywhere in the body) gone out of balance. Each individual is viewed as a mentally, emotionally and physically united being and all symptoms are considered to be part of one disease process. Thus, the homeopath treats a patient with multiple complaints with only one remedy at a time.

A homeopath has a great interest in the patient’s symptoms and will listen carefully to everything the patient says. The homeopath realizes that symptoms are the only way by which a disease communicates and expresses itself. The patient is encouraged to speak freely about any problem or complaint, no matter how trivial or odd. Nothing is unimportant. It is by paying attention to the totality of symptoms from the physical, emotional and mental spheres, that a homeopath can discover the best remedy for the patient.

Another difference between homeopathy and modern medicine lies in the way the medicines act. Its much common to see side effects of pharmaceutical drugs that occur as a result of their undesirable actions on the body tissues. Homeopathic remedies differ because they act on the energetic sphere of an individual rather than a particular organ or tissue. Therefore, there are no possible ‘side effects’ with homeopathic remedies. 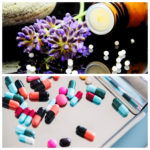 How is homeopathy different from naturopathy?

The key difference between the two is that naturopathy generally aims to ‘support’ the organs/organ system of an individual. The treatment often includes multiple herbs and supplements which are usually expected to be taken for a very long time. Homeopathy on the other hand, aims to ‘cure’ the individual by removing the tendency of the body to recreate a certain set of problems. Once this tendency is surely removed and vitality restored back to optimal level, the remedies are then discontinued, setting the individual free from disease. 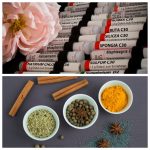 What conditions can be treated with homeopathy?

One of the most common question people ask regarding homeopathy is – ‘what do you have for condition ‘x’ and/or is it treatable? The answer a homeopath usually gives is “we treat the person as a whole on an individual basis, independent of the disease label.” Each individual tends to develop disease symptoms in their own peculiar way. Therefore, there can be many possible remedies for conditions ‘x, y, z’ but homeopaths need to gather specific details regarding how YOU experience them. For example: there are many remedies for hayfever but if a person specifically tells us that they only get it in autumn and its worse at night, it can help us differentiate from the other remedies and lead us to find the remedy that fits you as a unique individual. 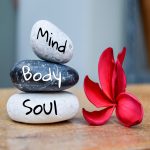 How are homeopathic remedies prepared?

Although their initial preparation begins from a crude substance from natural sources such as plants, animals and minerals etc., the remaining process of manufacturing them is unique in all of medicine. Each substance undergoes serial dilution and ‘succusion’ (vigorous shaking) until the desired strength is reached. In homeopathy, the more a substance is diluted and succussed, the more powerful it gets. Its this combination of serial dilutions and vigorous shaking that uncovers the dormant energetic properties of that substance. This whole process of remedy preparation is known as potentization and is the hallmark of homeopathic remedies. 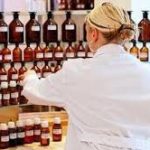 Can I keep taking my existing medications alongside homeopathy? 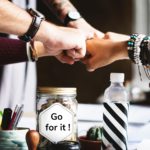 Is homeopathy covered by OHIP?

OHIP (Ontario Health Insurance Plan) does not cover homeopathic treatment at this point. However, if you have private insurance, you can check your policies or contact your insurance provider to find out if and how much coverage they provide. If your insurance company does not cover homeopathic treatment, you may encourage them to do so by sending them a letter such as the one below (with your name, signature and date). 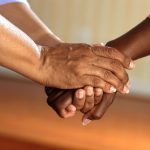